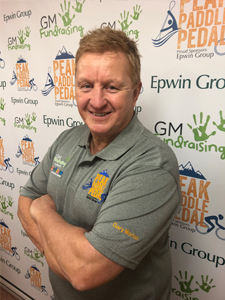 Gary founded GM Fundraising back in 1995. He hails from the Black Country and when not working as CEO of The Boing Boing Group Limited, or watching his beloved West Bromwich Albion football team, you can find him cycling or cajoling various people to help out with GM Fundraising. He is married to Karen with two grown children, Sophie and Esther.

Gary was appointed to the Board of Trustees at Hope House Children’s Hospices in June of 2020 to cement his passion for the cause. An appointment he is both humbled and honoured to receive.

“The reason for setting up GM Fundraising was to create an environment where we could all have some fun whilst raising much needed funds for organisations such as Hope House Children’s Hospices. The backing I receive from the rest of the team and our supporters is very humbling and never ceases to amaze me.