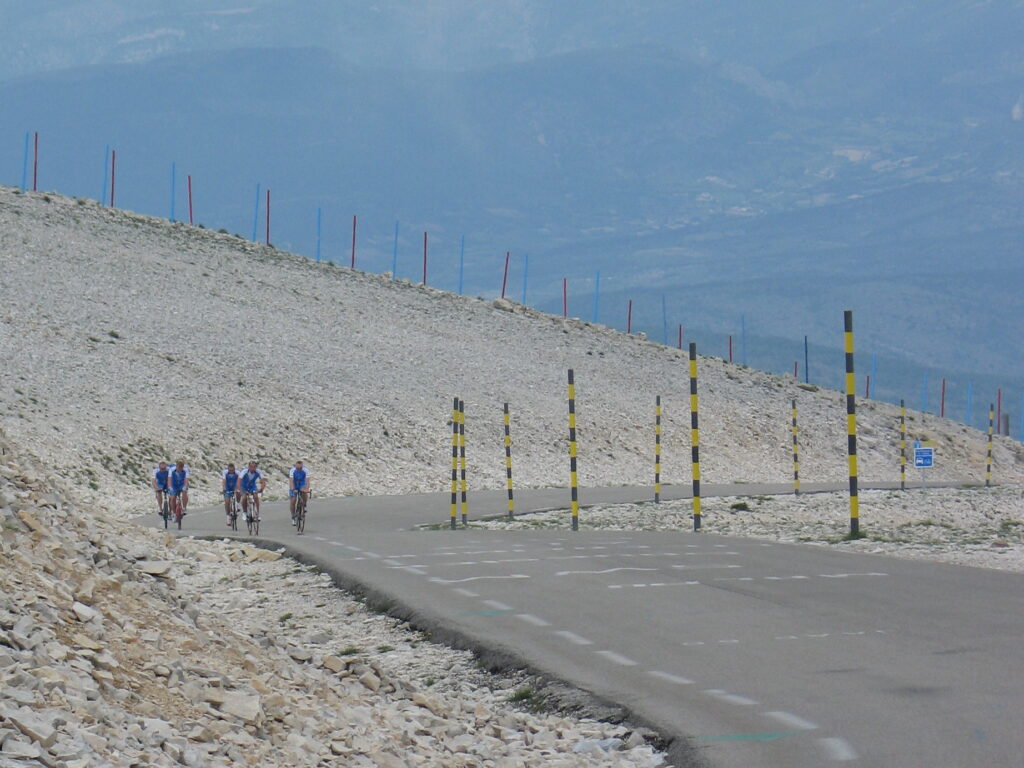 I wanted to get involved with GMF because I believe they genuinely try to come up with new, interesting and innovative ideas to raise awareness, funds. It is nice to be involved knowing that helping bring these ideas to fruition is making a difference to the children and families at Hope House.

Not only did GM Fundraising’s team complete the 1,500mile cycling adventure from Rome to Hope House Hospice in Oswestry, but they took on Mont Ventoux on the way, one of the Tour De France’s most feared climbs.

The 16mile climb of Ventoux starts at Sault in Provence and reaches an elevation of 6,273 at the summit, twice the height on England’s highest mountain. Further adding to the challenge is the mistral wind on the mountain, with speeds as high as 200 mph recorded at the summit and for 240 days a year, the wind blows at an average of 56+ mph.

The mountain is highly favoured by the organisers of the Tour De France and many tours have been won and lost on the mountain. There’s even a memorial for British cyclist, Tommy Simpson who died of exhaustion on the slopes of Mont Ventoux during the 13th stage of the Tour de France in 1967.

Gary Morton, founder of GM Fundraising comments: “The day we rode Ventoux was a day of individual achievements and we all exceeded our expected times to the summit. This day added a personal challenge for each and every one of us, yet it was just part of the main task to get us all back to Hope House safely. Judging by the looks of complete exhaustion at the summit, few riders will ever want to do it again on a bike!”