The National Velodrome in Manchester played host to the official launch of the 2016 GM Fundraising Cycling Challenge: the GMF Border2Border Cycling Challenge, with proud sponsor, Deceuninck. Taking place over 11 days next June, spanning 2,016 miles between Vancouver, Canada and Tijuana, Mexico, offering up 92,295 feet of climbing and temperatures in excess of 40 degrees, the ride is being described as the ‘Toughest Yet’ for good reason.
Gary Morton, founder of GM Fundraising comments: “This really is the toughest challenge we’ve ever set ourselves and it promises to be a daunting trial both mentally and physically. To put it into context, during the Rome2Home ride in 2010, the team tackled the infamous Mount Ventoux, which is one of the Tour De France’s toughest ascents of more than 5,000 feet of climbing over almost 13.2 miles. There are three climbs on the B2B route that are bigger than that Mount Ventoux climb. We will cross seven mountain ranges and much of the ride will be taking place in the absolute wilderness of mountains and deserts including the Cascade Mountains, Columbian Plateau, Sacramento Valley, Californian Coastal Mountains, the Sierra Nevada, the Mojave Desert and the San Antonio Mountains en route from Canada to Mexico. Even excluding the 92,295 climbing from start to finish, the ride is the equivalent of riding from the London Eye to the Manchester Velodrome, each and every one of the 11 days.
“During the launch event, which included a 2 hour session on the World Championship velodrome track, we made it clear that riders must be at the peak of fitness by next June. Without the necessary advanced training there is no way even an experienced cyclist would survive this challenge. That’s why the 18 strong riding team will be starting now to get under their belt the planned training of the 2,500 miles target prior to the ride, including 75,000 feet climbing and at least fifteen, 70 plus mile, rides over the next 12 months. And let’s not forget why we’re putting ourselves through this: the fundraising target for the Border2Border Challenge is £100,000 and with industry support we would love to surpass this. Every penny raised goes to Hope House Children’s Hospices because the riders and support team each cover their own costs. We’re also delighted to welcome Deceuninck as our proud headline sponsor and with the support of this leading global brand, we aim to make the 2016 B2B journey a safe and enjoyable experience for all involved, while ultimately raising much needed funds for the families looked after by Hope House.”

In Partnership with Deceuninck 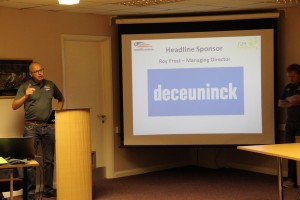 Roy Frost, Managing Director of Deceuninck UK explains his decision behind the headline sponsorship: “I’ve known Gary for many years and in fact when I was at Everest, took part in the GMF Top2Bottom ride. That’s now a decade ago and since, I’ve been watching how GM Fundraising has grown and developed to the point where it has really strong brand awareness across the industry. It’s a great cause and a great charity on a journey that I’m keen to join, so when Gary approached me about both the potential Deceuninck headline sponsorship and joining the challenge as one of the team cyclists, it was an obvious yes. Although I’ve never been touched directly by the challenge of children’s life limiting illnesses that Hope House faces every day, interestingly my first ever charity cycle ride and one that got me seriously into endurance riding was a London to Paris challenge for which I raised £7,500 for a children’s charity called Keech Cottage. So in that respect, it’s come full circle. There are other synergies too in that Deceuninck Belgium is well known for its passion for cycling so are keen to support the initiative, and thanks to Dave Broxton who has done the B2B route planning, we have managed to change the route a little to take in Reno, Nevada where a new Deceuninck facility is being opened for North America. So all in, it’s a perfect fit and a challenge that along with the rest of the team, I’m looking forward to –although be it with a little trepidation!”

The Ride Starts here; the training has begun; to follow the progress of the team during their 12 month training visit www.gmfundraising.co.uk/border2border like us on Facebook or follow: @gmfundraising on Twitter, and look out for the hashtags #GMFB2B for regular updates. Most importantly the fundraising starts now and each of the team has their own dedicated Just Giving page as well as a general team one: https://www.justgiving.com/teams/GMFB2B 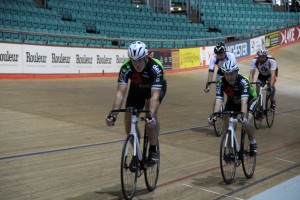 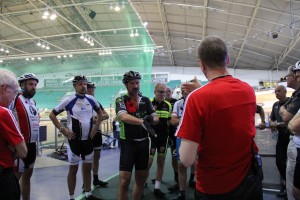